We are sure that if you sit down and browse the internet for a couple of minutes, you will find a few articles such as ‘Best brisket knife’ or ‘Brisket carving knife’. What they all have in common is that they are pretty long and include boring and irrelevant pros and cons sections that will leave you clueless about which knife to get. So we decided to make one of those articles, but our version goes straight to the point and gives you the best brisket knife.

There are many options in the market today, so we did the dirty work and picked not just the good brisket slicing knives but the best brisket knives. All of the options here will satisfy your needs, and not one brisket slicing knife is under 10”. We know that every BBQ enthusiast knows their knives and anything shorter than 10” won’t do. There is no ladder system here, and the previous one isn’t considered better than the next one. It all comes down to what you are willing to spend and what are you using it for. 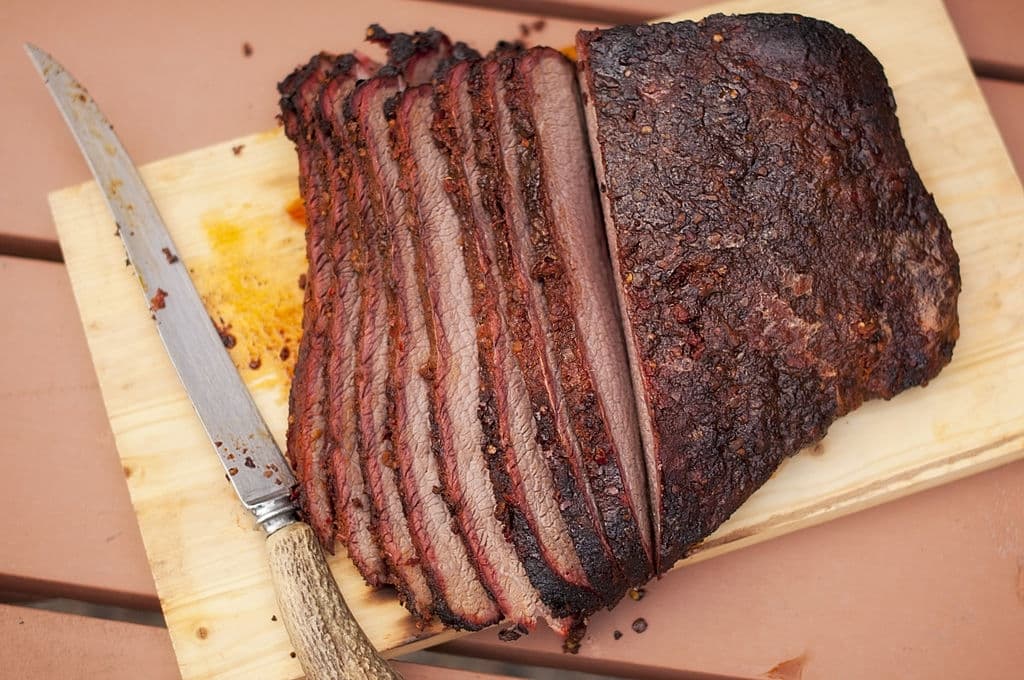 The Best Brisket Knives That Are 10” 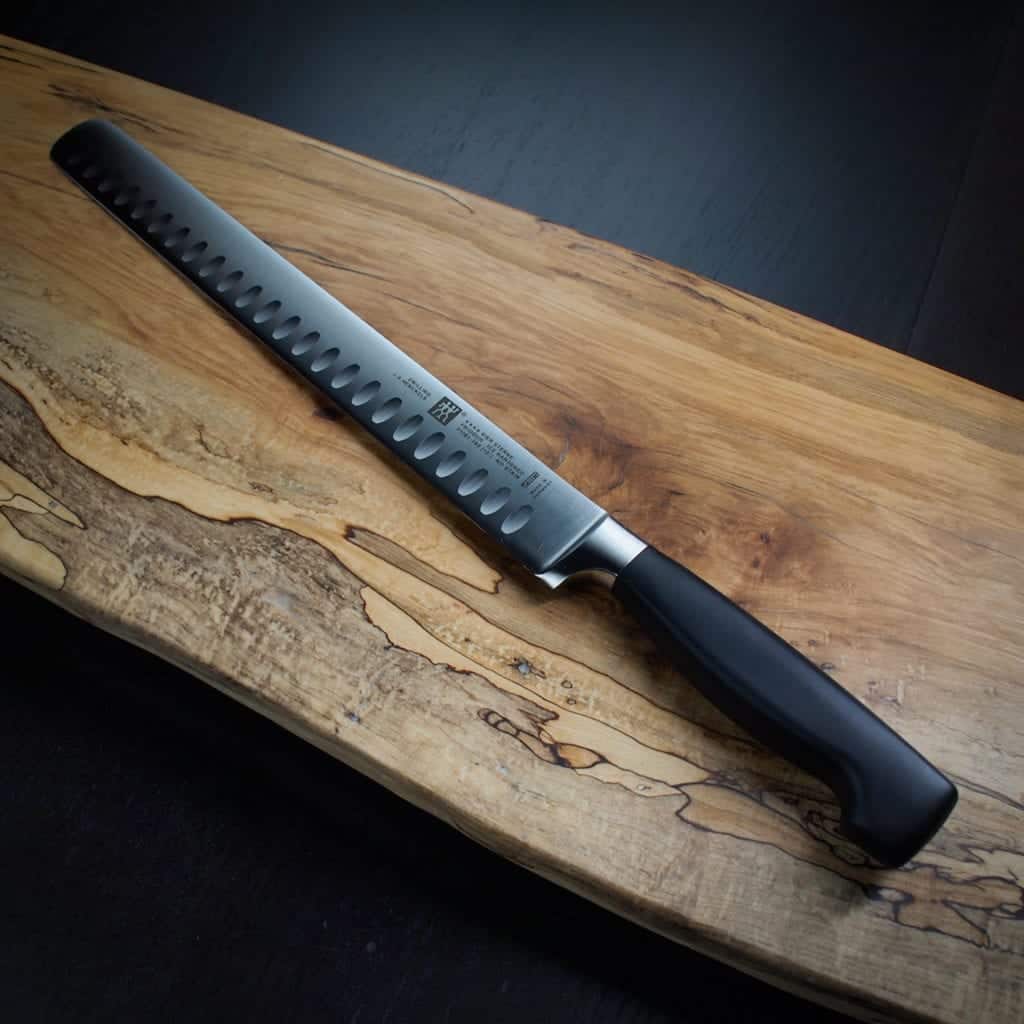 First on the list in this category is the Zwilling J.A. Henckels Four Star Hollow Edge Slicing Knife. This knife is a part of Zwilling Four Star set, and it is an excellent slicing knife that will be up for any task. It is a higher-end knife that is made of German steel. It has a high rating of 57 on the Rockwell Hardness Scale and a 15° edge angle. Don’t be worried that it is only 10”, this knife will do its job, and the end result will be super satisfying.

Next on the list is the Messermeister Meridian Elite Kullenschliff Slicer, a brisket slicer that is a part of the Messermeister Meridian Elite line of knives that are forger of German steel. It also has a score of 57 on the Rockwell Hardness Scale and a 15° edge angle. Most Meridian knives go unnoticed, but we think they can edge into the category best knife for slicing brisket. Like the previous one, 10” is nothing to mess with, it will do its task without any doubt.

Out next knife comes from Japan, and you can bet that it will run its German counterparts for their money. The MAC knife professional hollow edge slicer is a bit longer than the previous two, coming in at 10 ½”. It has an impressive score of 61 in the Rockwell Hardness Scale. For a long time, the Mac Professional series of knives have been considered and can easily be placed in the category of the best knife for cutting brisket. Chefs from around the world have been giving them pretty high scores, so that is just another extra point for you to get one.

The Best Brisket Knives That Are 12”

When we are in the category of 12” best meat slicing knife, we just can’t go without mentioning Dexter Russell’s two main models, the Dexter-Russell 12″ Scalloped Slicer and the Dexter-Russell S140 Sani-Safe. Both models are high-quality and are made from DEXSTEEL. Don’t get these confused with the basic line; those are made of 400 series stainless steel. The S140 Sani-Safe is a more traditional knife with a hollowed design. When it comes to the real deal, the Scalloped Slicer is where you get all the benefits. Even Aaron Franklin recommends this model in his cooking book ‘Franklin Barbecue: A Meat-Smoking Manifesto’.

Coming up next on our list is the Victorinox Fibrox Pro Slicing Knife with Granton Blade. Out of all the knives you will see on this list, this one is the most recommended online. People have been commenting and saying that this knife can be considered as the best meat slicing knife. Made in Switzerland, this 12” knife you do wonders when it comes to slicing and cutting up your meat.

Like some of the previous choices on the list, the Messermeister Four Seasons isn’t mentioned enough. They should get the recognition because this knife deserves it. They are made of German stainless steel and have a fantastic score of 56 on the Rockwell Hardness Scale. What is also great about these knives is that they aren’t so expensive. Made in Portugal, these knives end up in quite a few professional kitchens, so you know they will suit you perfectly.

When buying this knife, you are getting a wooden Saya (sheath), so you can transport the knife easily. This is a brilliant brisket slicing knife that is made of AUS8A steel and a 16° edge. This knife is made in Japan and can easily be placed in the category of the best carving knife for brisket.

The Best Brisket Knives That Are 14”

Our first option when it comes to brisket knives that are 14” is the Mercer Millennia Granton-Edge Slicer knife. This stamped steel knife will cut any sized meat you throw at it. Given that it is used in most commercial kitchens, why not have it at home. 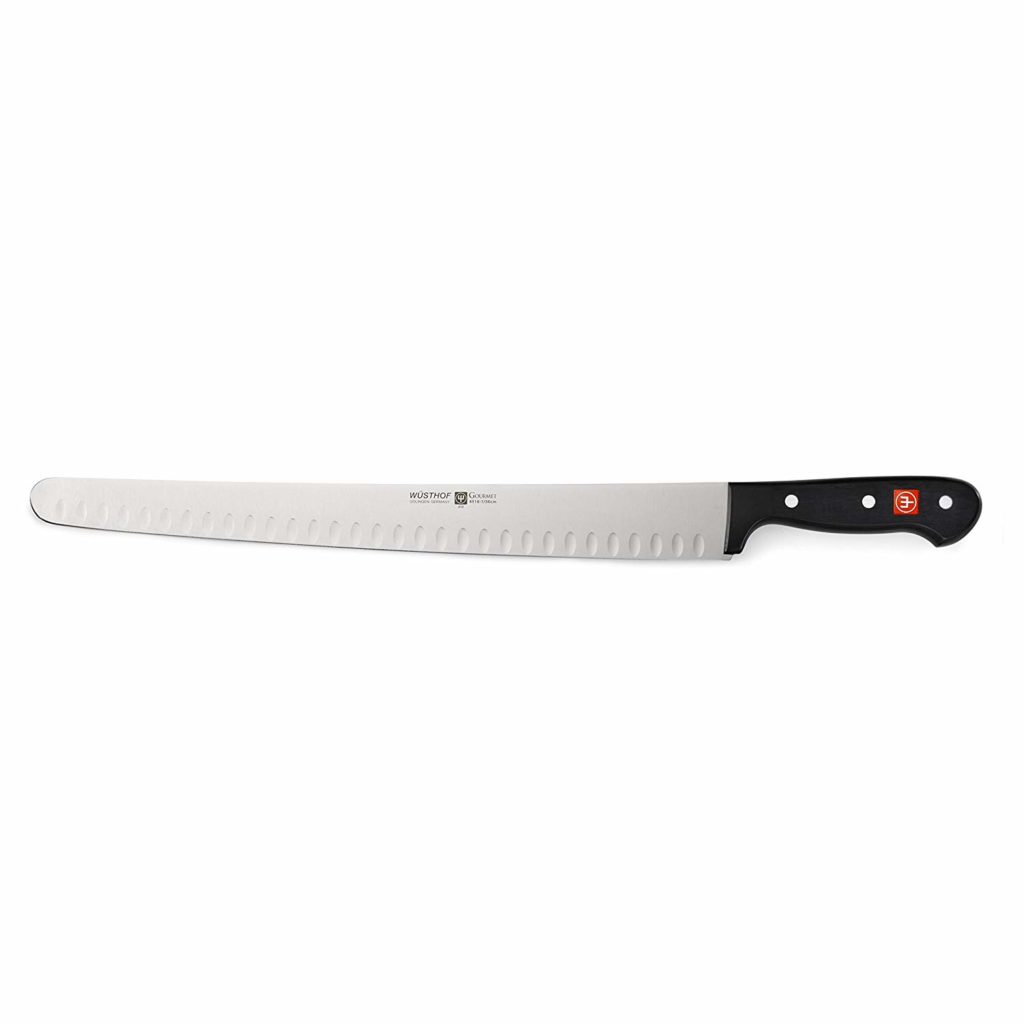 Last but not least, the Wusthof Hollow Edge Brisket Slicer is a beast when it comes to brisket slicing and cutting. One of the most, if not the most recommended brisket cutting knife on the internet, this knife is made of laser-cut German steel. It has an amazing score of 56 on the Rockwell Hardness Scale, and people who have this knife aren’t thinking of a replacement anytime soon. We can truly put this monster of a knife in the category of the best knife for trimming brisket.

Why a special knife for cutting brisket?

If we thought that you didn’t need it, this article wouldn’t even exist. If you are a BBQ enthusiast and want your servings to be perfect, a special brisket knife is crucial to your collection. The big piece of meat we call brisket is quite expensive and it takes a lot of time to cook. The meat is served in long thin slices, and to get those, you will need a long blade that will ensure a nice clean cut.

Don’t get us wrong, any knife will cut through this meat, but the back and forth motion will just make the meat look torn and rugged. Presentation is what most people want to master, and a nice brisket knife will give you that.

Like we said many times, not a single knife on this list is a bad choice. All of them have been review intensively and people have praised them for years now. Restaurants and world-renowned chefs have used them and if they are saying they are good, what else can we say. The only thing we can say is that if you want a versatile, easy-to-store, and excellent-quality knives, the 12” ones are the ones to get. Other than that, it all comes to personal preference, the feel, the style, where it was made, and how much it will cost you. Out of all of these, if we are on a budget, the Victorinox Fibrox Pro is the one we would go for. 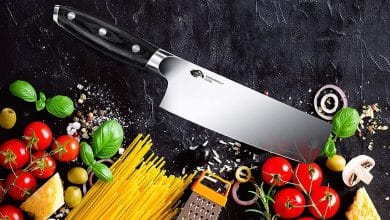 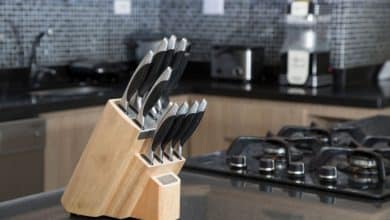